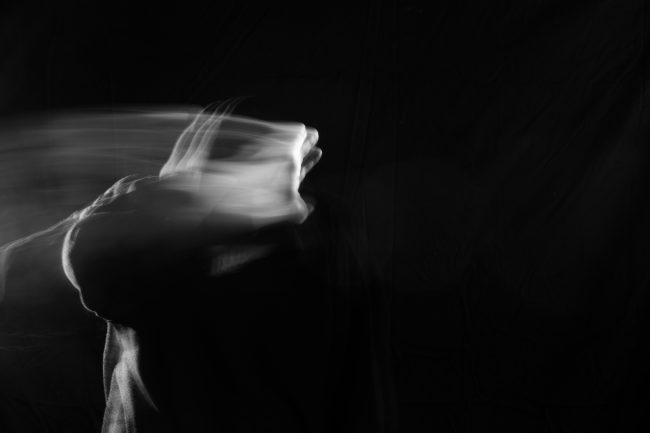 Born in Denver [1974], Josh Graham is a visual artist and composer.  Raised in Phoenix. Lived in San Francisco, Los Angeles, Brooklyn, the Hudson Valley, and now outside of Seattle.

Graham’s work — up to and including musical set pieces with any number of his earth moving bands, from a past with Red Sparowes to a present with IIVII and A Storm of Light — addresses with no uncertain focus the inescapable slide of time in passages significant and singular where the fleeting nature of the illusion of permanence and its ruin are nothing if not inevitable. In print/altered photographic mnemonics, visual installation, and sculpture, Graham pursues an obsession with light, dark, shadow space and natural forms.

Large formats [6 feet plus] on aluminum dominate [with wolf sculptures redolent of his ground-breaking work with musical confrontationalists Neurosis abounding], and round out an expansive body of work that is, in micro and macro, about nothing if not the emphasis on form, structure, discipline and their eventual loss. Using found objects, digital manipulations and video/audio installations, Graham’s work presages a near eschatological understanding of life cycle and being.